The pioneering property in the revitalized Kaka’ako district. 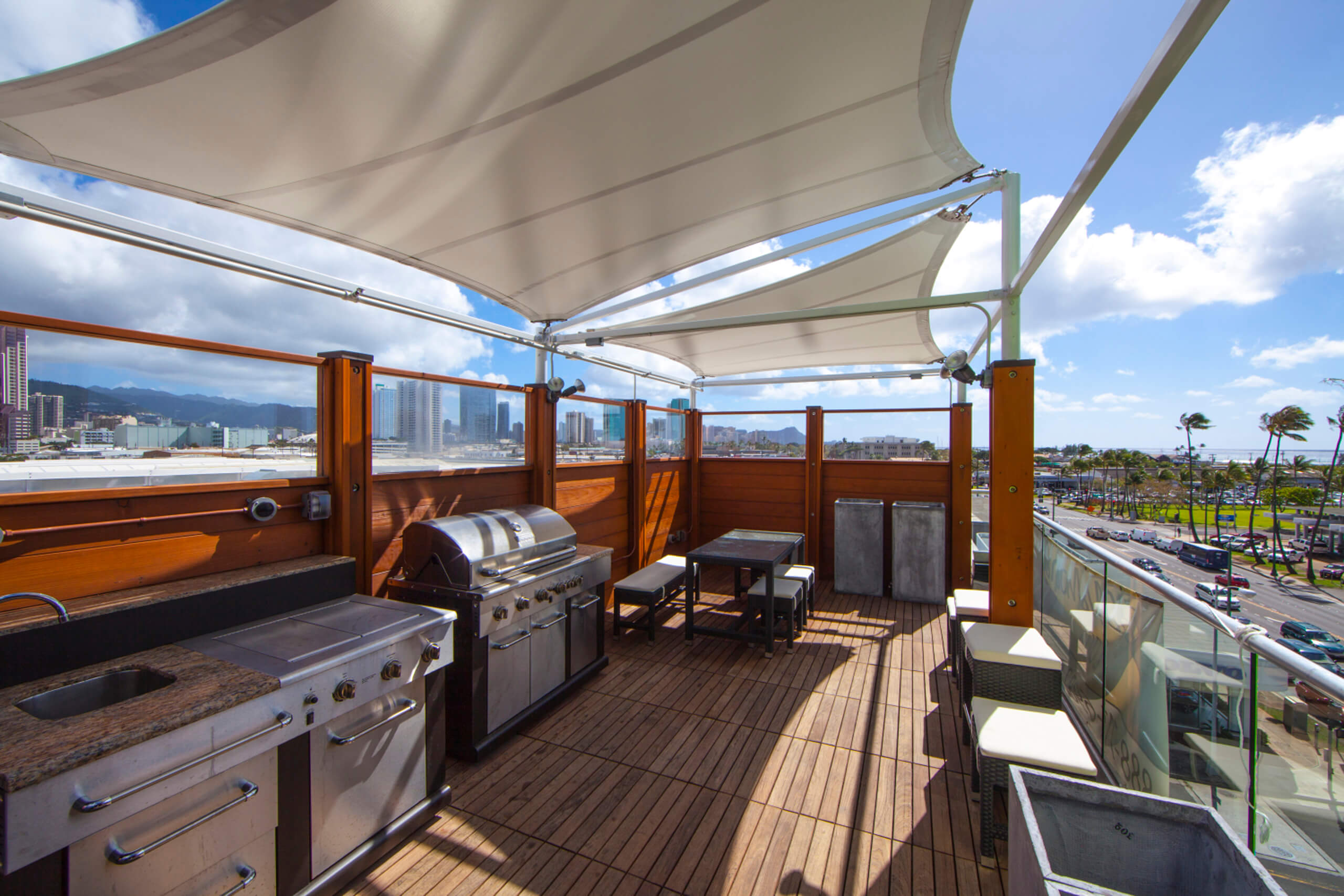 Originally built as a commercial office building, Six Eighty Ala Moana Boulevard was converted into a mixed-use building with 54 apartments, including studios and one-bedroom units, and 9,000 SF of commercial space on the ground floor. As part of the Kaka‘ako Special Design District, it is the first project in Kamehameha Schools’ 15-year Master Plan to create a vibrant live work environment for Kaka‘ako. With a demographic targeting toward young professionals, the center provides various appealing amenities including a media room, lounge room for gatherings, and a small rooftop recreation deck. Other unique elements include units with 12 feet high open ceilings and views of both the Mauka and Makai side of the island. The building preserves various existing architectural elements, including its original “Six Eighty” signage, establishing it as a precedent of adaptive reuse. 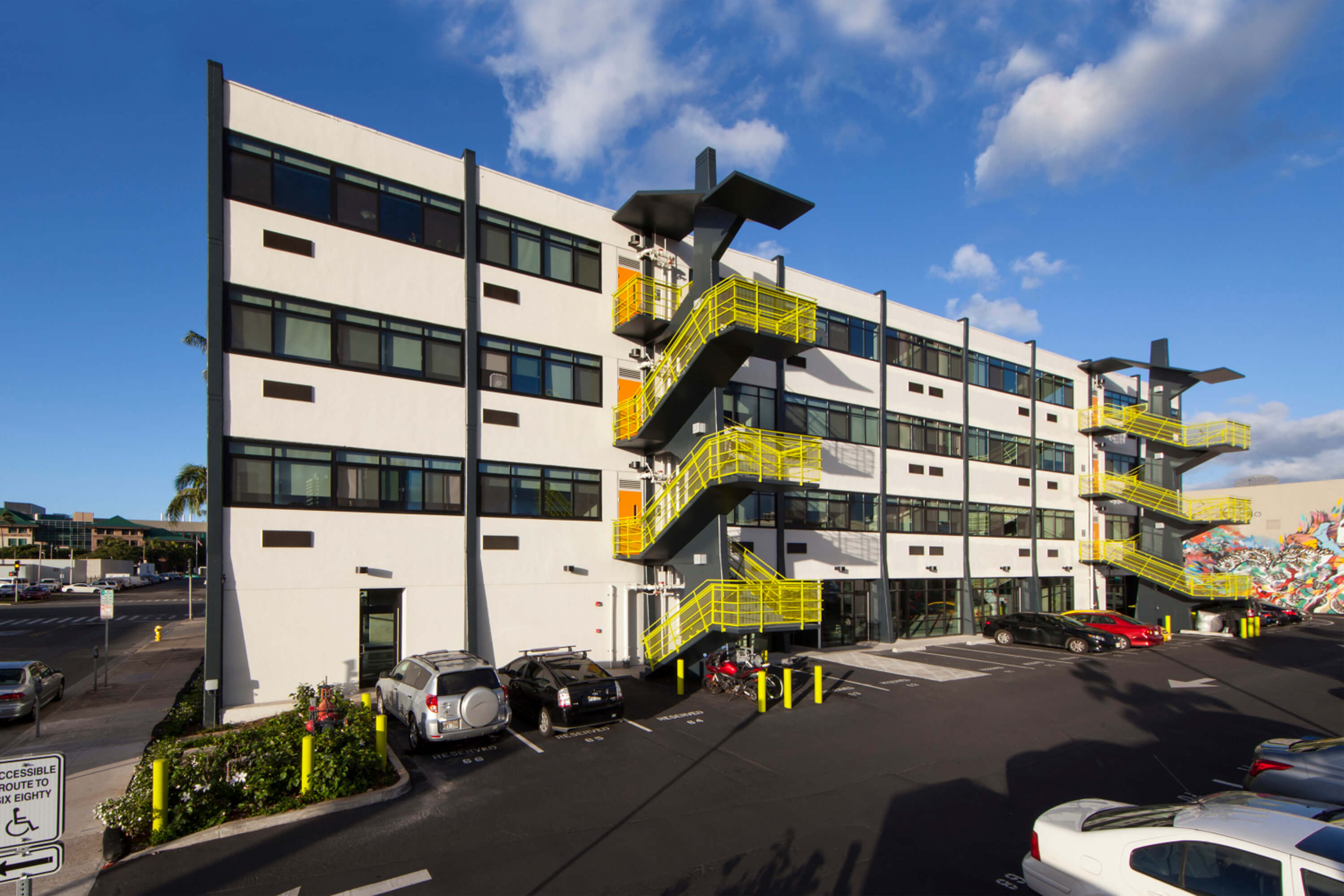 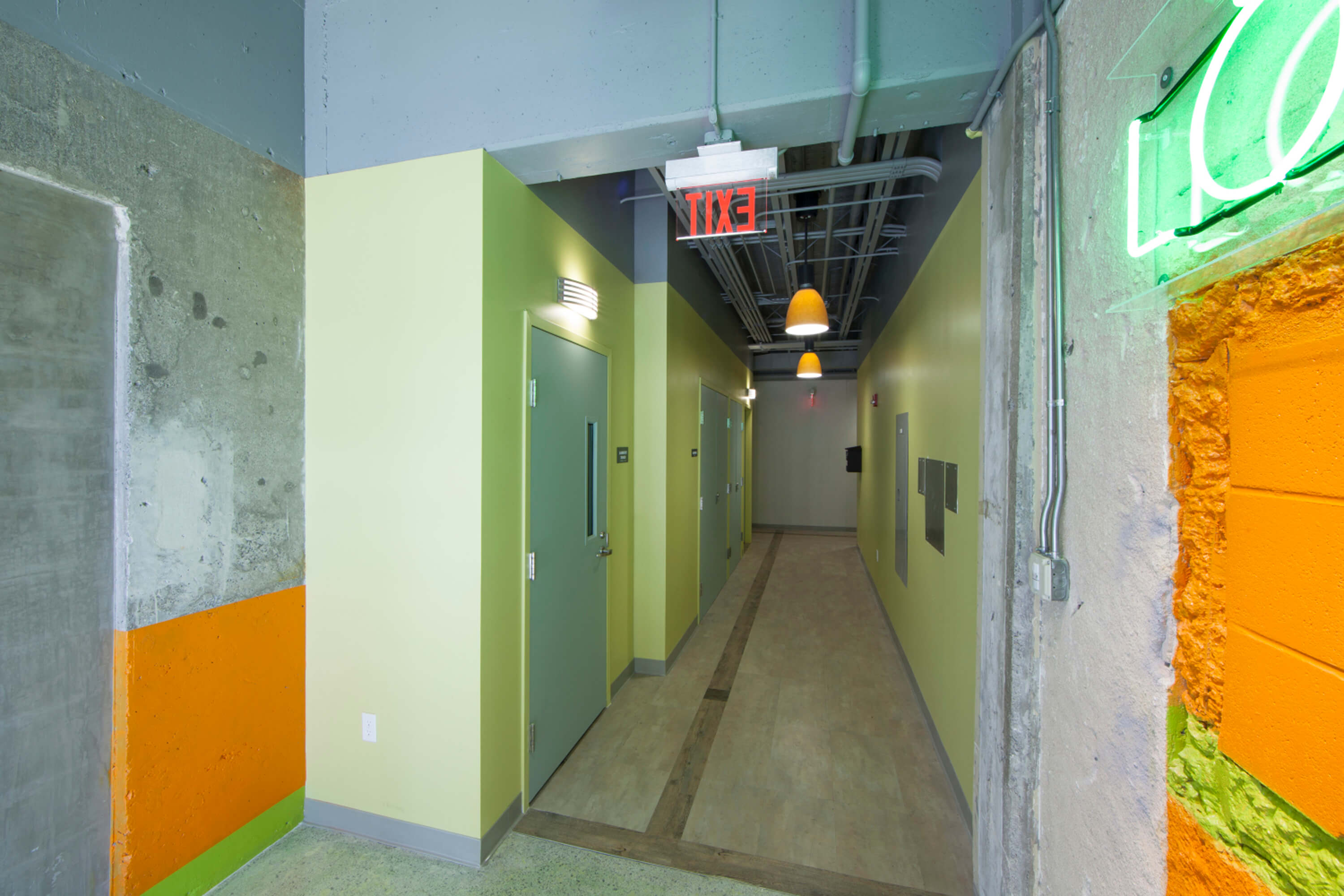 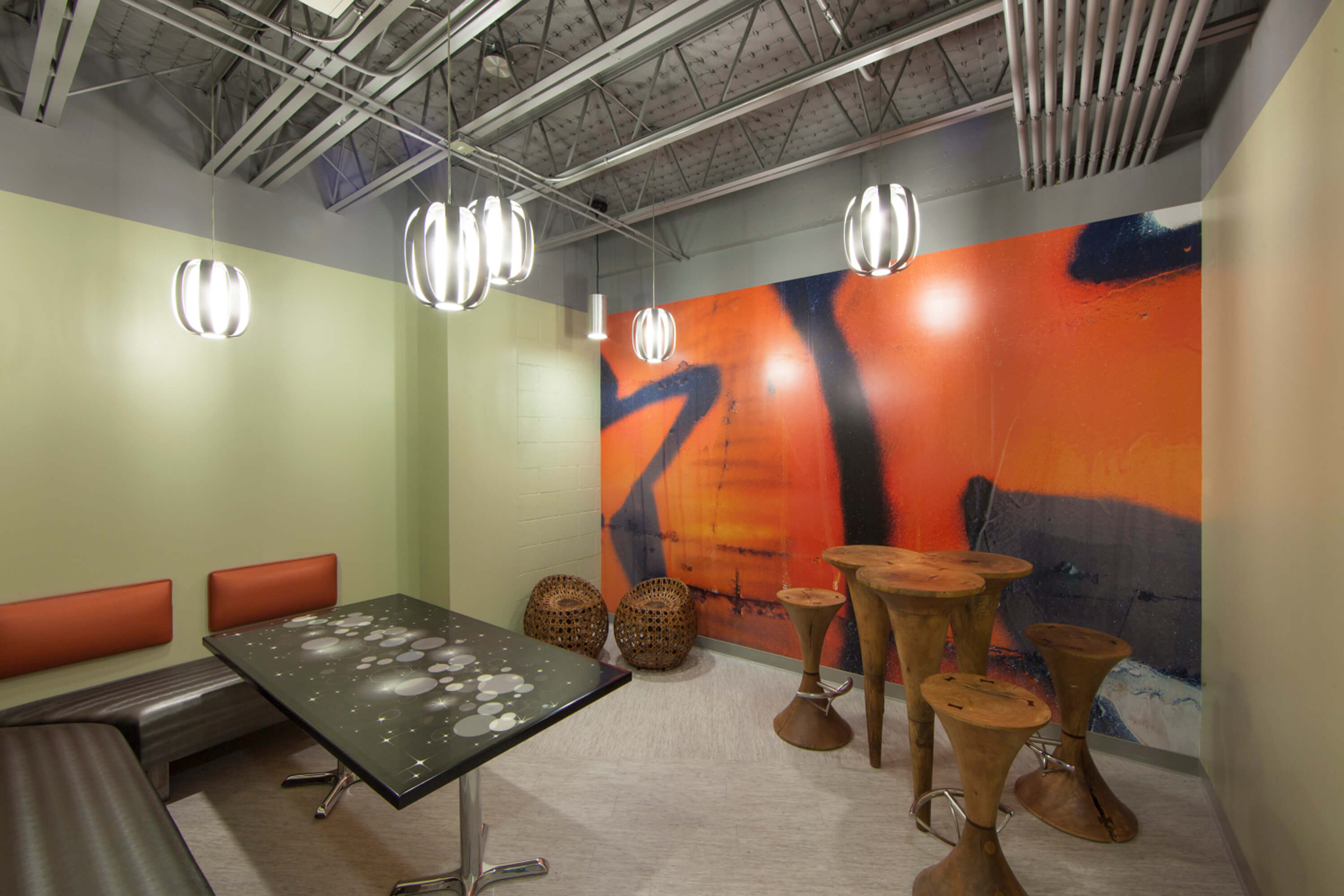